Two years in the making, we finally have our first beta release of Bootstrap 4. In that time, we’ve broken all the things at least twenty-seven times over with nearly 5,000 commits, 650+ files changed, 67,000 lines added, and 82,000 lines deleted. We also shipped six major alpha releases, a trio of official Themes, and even a job board for good measure. Put simply? It’s about time.

Long story short, shipping a beta means we’re done breaking all your stuff until our next major version (v5). We’re not perfect, but we’ll be doing our best to keep all the classes, features, and docs URLs as they appear now in this release. We can always add more things, but we cannot take away.

For those who haven’t been using the v4 alpha releases, here are some highlights to get you caught up.

Bootstrap 4 has been sporting a slightly updated look throughout our alpha releases, but it wasn’t until recently that we gave the docs and our components a refresh, too. 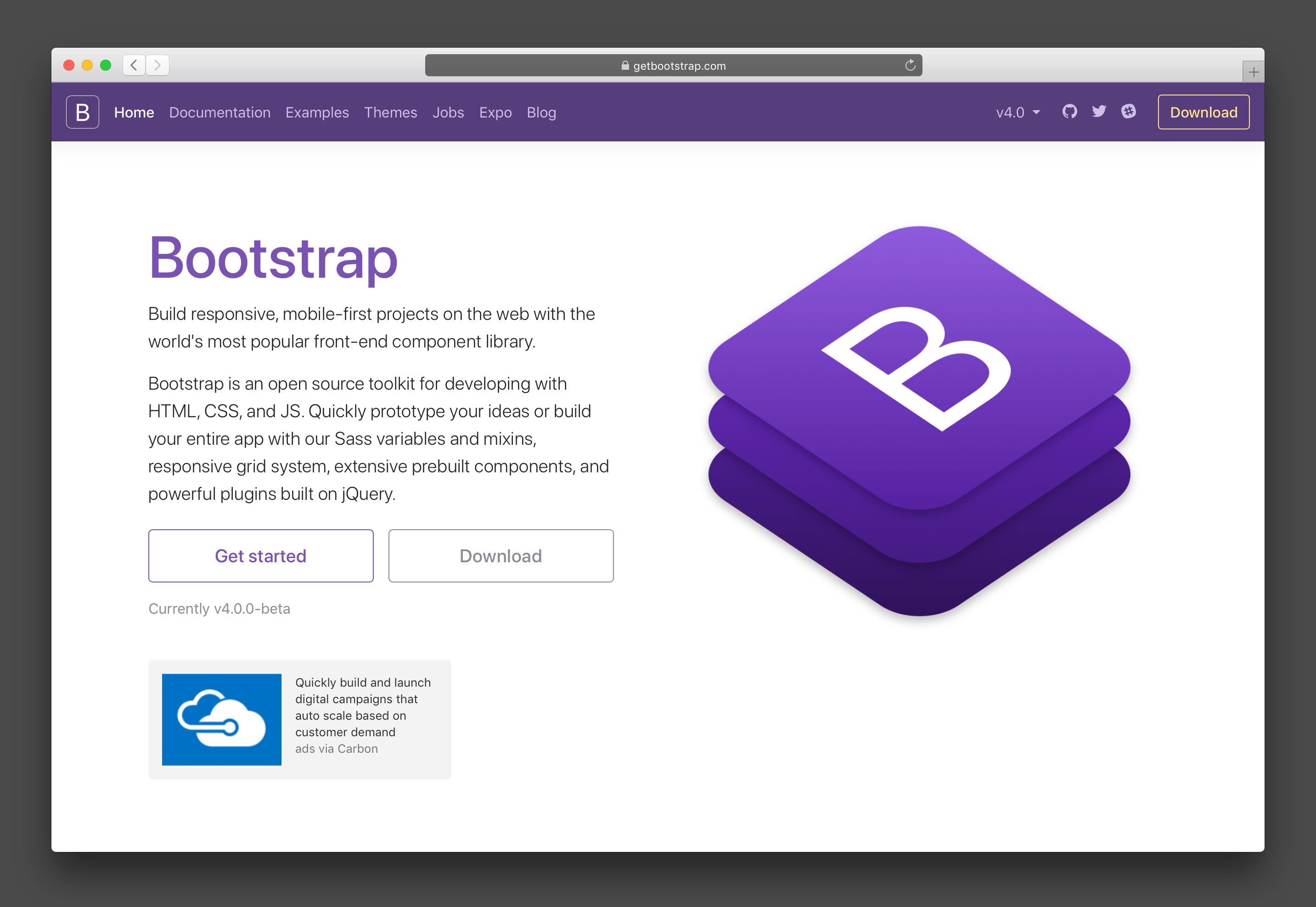 In addition to a new color palette and new systems fonts, we have a brand new layout for our documentation. New with this beta is an amazing search form powered by Algolia’s DocSearch, an improved page layout with stickied navbar and sidebar, and a new table of contents.

For more details on this release’s changes, take a look at the Beta 1 ship list issue, as well as the closed Beta 1 milestone. Be sure to join our official Slack room! and dive into our issue tracker with bug reports, questions, and general feedback whenever possible.