Today is a special day for Bootstrap. Not only is it our fourth birthday, but after a year of development, we’re finally shipping the first alpha release of Bootstrap 4. Hell yeah!

Bootstrap 4 has been a massive undertaking that touches nearly every line of code. We’re stoked to share it with you and hear your feedback. We’ve got a lot of news to share with you, so let’s jump right into it. 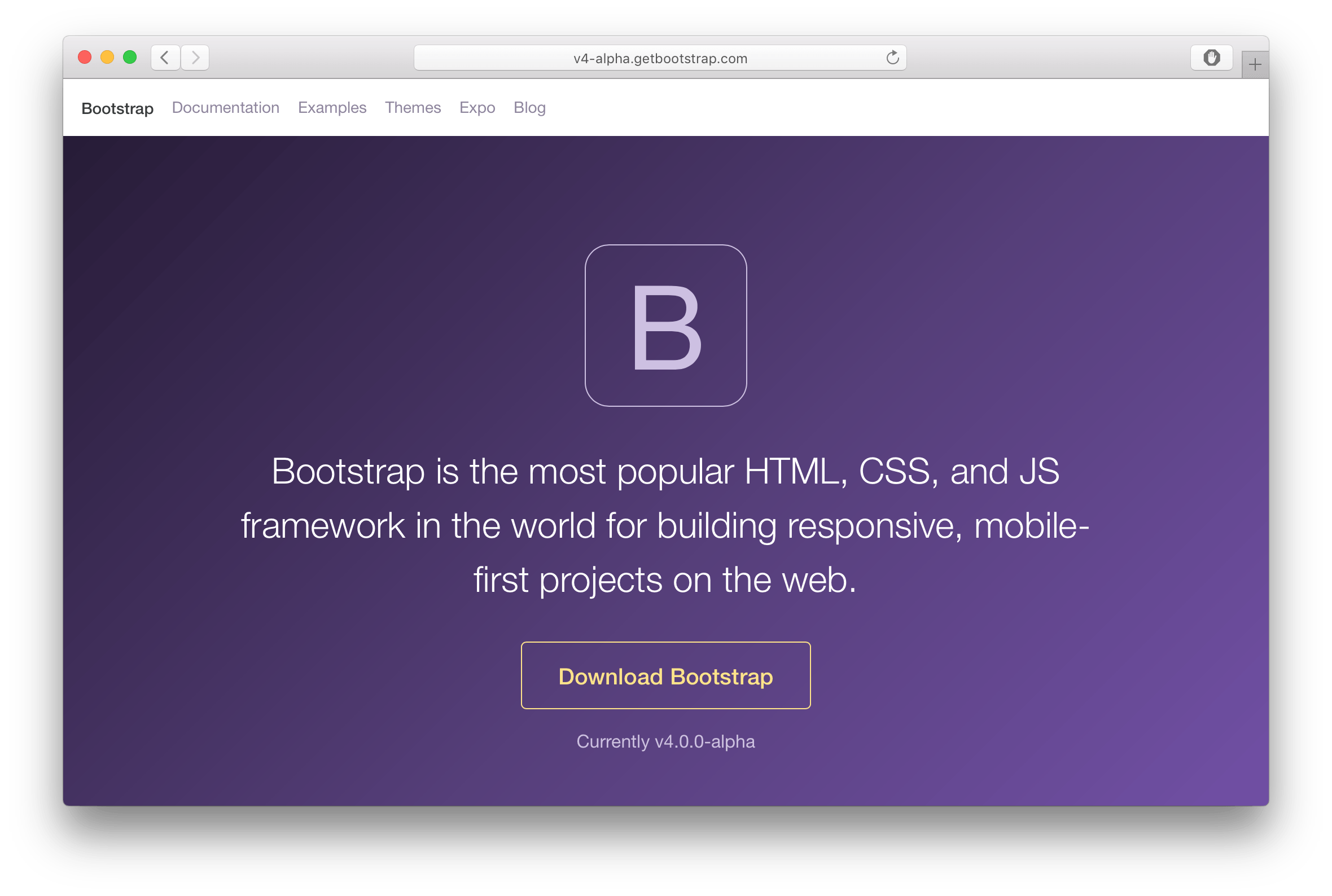 There are a ton of major changes to Bootstrap and it’s impossible to cover them all in detail here, so here are some of our favorite highlights:

Ready to check it out? Then head to the v4 alpha docs!

We need your help to make Bootstrap 4 the best it can be. Starting today, the source code for v4 will be available in a v4-dev branch on GitHub. In addition, we have a v4 development and tracking pull request that includes a master checklist of changes we’ve made and our remaining possible todos. We’d love for y’all to help chip away at those todos.

The general development and release plan looks something like this:

For those jamming on v4 with us, we also have a dedicated v4 Slack channel. Jump in to talk shop and work with your fellow Bootstrappers. If you haven’t yet, join our official Slack room!.

If you’re not keen on pushing code to v4, we’d love to hear from you in our issue tracker with bug reports, questions, and general feedback.

When we shipped Bootstrap 3, we immediately discontinued all support for v2.x, causing a lot of pain for all our users out there. That was a mistake we won’t be making again. For the foreseeable future, we’ll be maintaining Bootstrap 3 with critical bug fixes and documentation improvements. v3 docs will also continue to be hosted after v4’s final release.

We’ve talked about building premium themes for Bootstrap since our earliest releases, but never quite found the time or ideal approach until earlier this year. We’ve poured hundreds of hours into these themes and consider them to be much more than traditional re-skins of Bootstrap. They’ve very much their own toolkits, just like Bootstrap.

To start, we’re launching with three themes built on Bootstrap 3: a dashboard, an application, and a marketing site. Each theme contains everything you’d find in Bootstrap, plus stunning real world examples, brand new components and plugins, custom documentation, and simple build tools.

All themes include a multiple-use license for the purchaser and free updates for bug fixes and documentation updates for the life of the themes.

Head to the Bootstrap themes site to check them out.